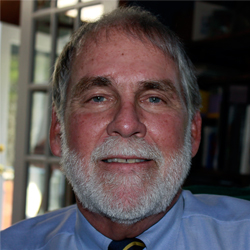 Chip is the consummate Norwellian. He donated thousands of hours to the Norwell School Committee and has been a forever support of Norwell students and athletic programs. A member of the original Men’s Club.

He has organized the annual Boosters Golf Tournament with Kevin Finneran for twenty years, raising tens of thousands of dollars for the citizens of Norwell, long since his children left the school system. Chip is everywhere.

Citizen of the Year Dinner May 17, Barker Tavern $45

In his own words:

When we were transferred to New England from New York we decided to settle in Norwell because of the excellence of the school system.  My wife, Liz and my three daughters, Becky, Emily and Kelly arrived here in 1985.

In 1987 I started my long involvement with the Norwell Boosters Club.  In the almost 25 years I have served as a member of the club I have participated in most of the various fund raising activities that have gone to support the student athletes of Norwell High. During my tenure I have served as a Board Member on numerous occasions as well as President for 4 years and Vice-President for 4 years. Twenty years ago a group of us started the Boosters Golf Tournament which has proven to be their greatest fund raiser every year. I am proud to report we have raised well over $400,000 since its inception.  Being a part of the Boosters organization has led to long lasting friendships and has provided me with an excellent way of giving back to the town.

Bob Carson and Dick Elliott were two people I served with on the Boosters in the early years and they were both members on the Norwell School Committee. It was through their example and through the encouragement of a neighbor Rick Dawley who was Chairman of the Advisory Board that I decided to run for the School Committee and was pleased to represent the town and the children we serve for three terms. The Norwell 2001 Project that completely renovated the school building infrastructure I consider to be the highlight of my time on the committee. As part of that process I served on the Norwell 2001 Planning Team and was School Committee Chairman when the override initiative was passed funding the project. During those nine years I was also part of the team that hired Don Beaudette as the new Superintendent of Schools. I believe that as a friend of mine once told me “Our schools are our beaches” and I hope I have contributed in some small way in keeping Norwell a town in which people want to live.

In supporting the fundraising activities of the Norwell VNA I have enjoyed participating in the VNA Haunted House on Halloween at the Town Hall, as well as dressing and serving as Santa at their Breakfast with Santa events.  I also helped organize the VNA Golf Tournament for four years.

As a past member of the Norwell Men’s Club I helped with their efforts in putting on the Town Fair as well as other community service events.

When the Friends of Gaffield Park were trying to raise money to renovate the park, I assisted them in running a golf outing to help in those efforts.

Also served as a member of the Norwell Fields Committee for several years.

When my daughters were younger, I enjoyed my years of coaching them in youth soccer, basketball and softball.

Having been a runner myself I served as a volunteer track official for Norwell High School Track meets for over eight years.

I have been actively involved in Town Override initiatives and believe strongly in the importance of education and what a strong school system means to our community and the development of our children. To see so many of the Norwell Students excel and grow, to meet and work with such wonderful people over the years has been my pleasure and honor to serve.

Officer in US Navy – three years

Retired as Regional Director of Sales for AT&T in 2009.