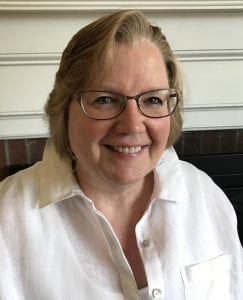 Although Marybeth Shea grew up in Scituate, through her Uncle Joe Noble (former vice principal of Norwell Junior High), she always knew Norwell was the best place to raise children. When it came time for her husband Peter and her to buy a home  in 1989 – Norwell was the best and only choice.

Her early volunteer endeavors were with and for Norwell Schools. She served as Cole School PTO Vice-President and President as well as a member of the School Improvement Council. As her kids moved through the school system, so did she – serving as Treasurer of the Middle School PTO and eventually as Norwell High School Boosters President. She was a founding member and is Chair of the Norwell High School Athletic Hall of Fame. She co-chaired the successful $54 million school building over-ride  – which resulted in renovation and construction of all our school buildings. During this time, Marybeth was also the President of the Norwell Education Foundation.

Marybeth was appointed to the Athletic Fields Committee and currently serves as Vice-Chair and is the Chair of the Electronic Voting Committee.

Marybeth has had smaller roles in many other Norwell causes including The James Library and Center for the Arts, Norris Reservation, Norwell Food Pantry, Athletic Study Committee, acquisition of Donovan Fields, new  to name a few.

Each spring and fall can find her doing what she loves the most – deep in political and Town campaigns. She is proud to be called upon to help craft messages and strategize for many candidates, ballot initiatives and TM articles.

Through it all, her husband Peter and their daughters Colleen, Bridgette, & Maeve have selflessly shared their wife and mom – and therefore share this honor.

Citizen of the Year – M Devine

When I was the assistant principal at Norwell High School (2003-2009) I worked very closely with then-Boosters President Marybeth Shea. We would plan and attend fundraisers. I would see her cooking in the snack-shack. We served on many committees (Strategic Planning, Athletic Overview, School Improvement, etc.) and she always advocated for the youth of Norwell.

Before I left NHS in 2009, Marybeth, Ron Gihlardi and I started what became the Norwell High School Athletic Hall of Fame. Since its inception, Marybeth has been the leader of this group. Often referred to as the “Commissioner” by group members, Marybeth makes sure that the nomination and selection process is inclusive, that the event is planed and well-run, and that the fundraising effort of the Hall of Fame are constant. Since 2009, 44 individual student-athletes, coaches and Friend of Norwell High School Athletics have been inducted (in addition to one team – the 1972 Clipper Football team). None of these individuals would have been honored without the efforts of Marybeth Shea. These NHS alumni will also be honored with the Norwell High School Athletic Wall of Fame at the Clipper Athletic Complex this fall – again thanks to the efforts of Marybeth Shea. Each year, one of the NHS Athletic Hall of Fame inductees speaks at the annual NHS Athletic Awards which allows the student-athletes to see a real Clipper role model.

Marybeth is also actively involved in local politics and just about everybody in Norwell has received at least one of her phone calls. Whether it is advocating for an override or for a specific candidate, Marybeth never sits on the sidelines and guided by just one question – “What is in the best interest of Norwell and its citizens?”

I am honored to know many past Citizens of the Year. This list include people who are or were my teachers, coaches, scout leaders, parishioners, neighbors, mentors and friends. They are all people that I look to as role models of what it means to serve one’s community. Marybeth Shea is also someone I look to as an example of service and is very deserving of this honor. 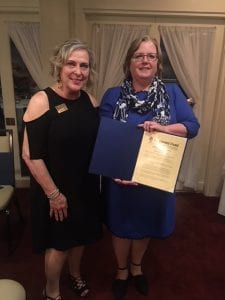 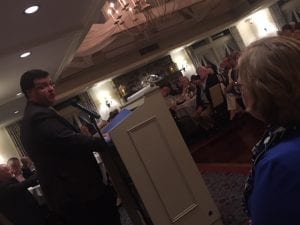 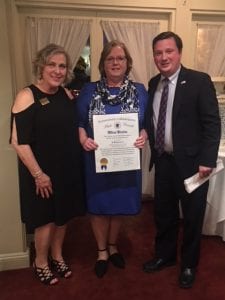 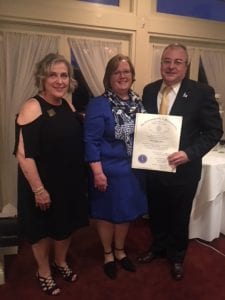 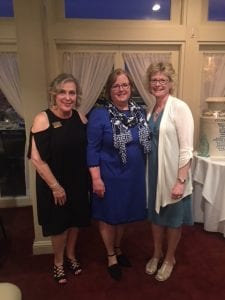 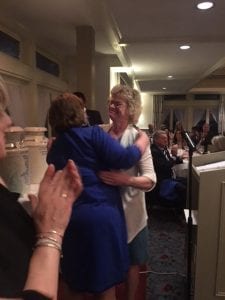 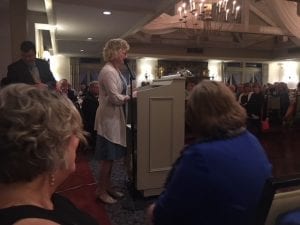